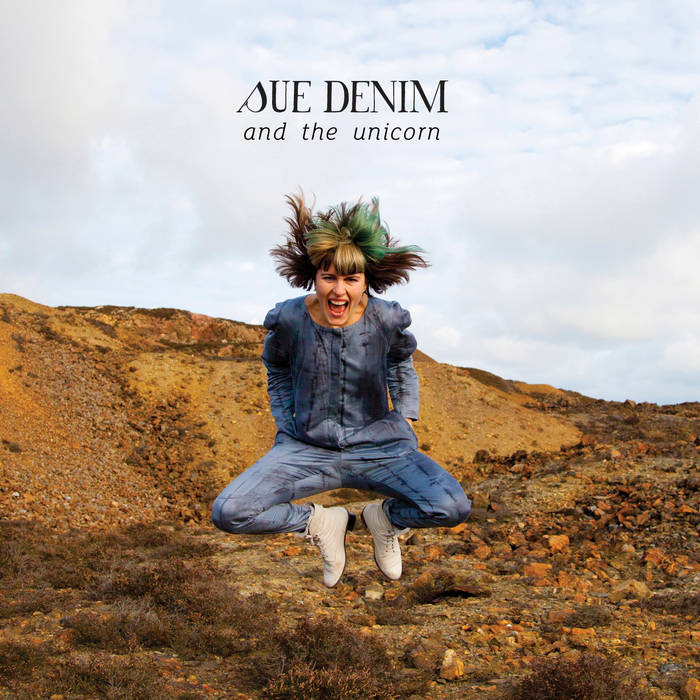 And The Unicorn is Sue's 10-song début solo release. Recorded and co-produced in North Wales with award-winning producer/mixer David Wrench (Bear In Heaven, Caribou, The School, James Yorkston, Y Niwl), And The Unicorn presents a mixture of simple and honest tracks that are less typical singer-songwriter and more nostalgic pop - sometimes reminiscent of a female Syd Barrett, Jonathan Richman, or Kevin Ayers.
Having had plenty of electro fun, touring the world and releasing four albums as one half of Robots In Disguise in the Noughties, as well as acting in cult TV comedy series The Mighty Boosh, on this album, Denim has swapped the synths for seagull cries (‘The Plan’) and drum machines for a toy drum kit (‘Bicycle’) on her adventure into a warm, dreamy and sometimes poignant celebration of life, love, books, bicycles and boys on film, delivering a unique view of the world through her easy, free flowing melodies and lyrics.
Musically, And The Unicorn is based around acoustic guitar and piano, with Sue's voice sounding natural, dynamic and intimate. She uses her bass skills to sweet dubby effect on the opening track, 'Bicycle', and plays Velvet Underground style violin on 'I'm Not An Island'. Added to this are electric guitars, massed percussion, layered harmonies, and during recording breaks Sue cycled around Anglesey & Bangor, making field recordings and sometimes referencing the lyrics of the songs - rain in ‘Hollow’, a walk on the pier in ‘The Plan’ – and less literal, more mood- inducing - ticking clocks in ‘For JT & Carson & Emli’.
'This was all part of the plan, dream dates and astral weeks, we're naked, and don't make a stand, I'll meet you on the pier at midnight'

A Covid Romance - the first single from Sue's 2nd solo album Lockdown Laments. Written/recorded by Sue in her garage, it is a collection of nostalgic catchy indiefolkpop lofi anthems.

LL is uber-DIY with one take one track untweaked recordings for a natural and intimate experience. ... more

Bandcamp Daily  your guide to the world of Bandcamp

outré black metal, with a Victory Over the Sun interview and music from Liturgy and Jute Gyte.